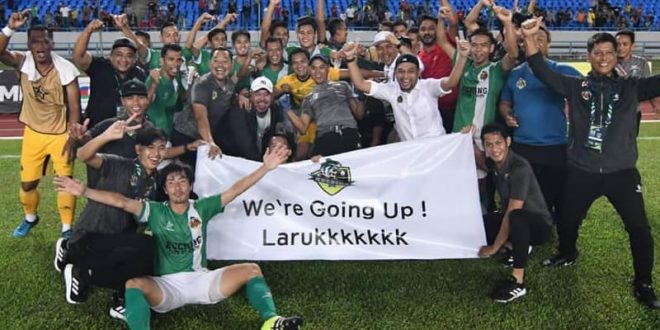 MALAYSIA: Liga Premier side, Kuching FA has made it known that they intend to finish in the top five of the league standings by the end of 2021.

The target was made known during the team’s kit unveiling at a local hotel in Kuching yesterday.

The new kit is made and designed by local brand Starsport.

According to the team’s president, Fazzruddin Abdul Rahman, the team which will don the green and white stripes would also want to enter the quarter finals of the Piala FA this season.