SINGAPORE: The S-League will see Tanjong Pagar Football Club to take the place of Warriors FC in the 2020 Singapore Premier League season.

According to a media statement released, Tanjong Pagar United will officially compete in the 2020 Singapore Premier League season as the Football Association of Singapore (FAS) had given the green light for the club to do so.

It further clarifies that “The FIB has found that the club has met all the necessary pre-requisites as per the Club Licensing Regulations for participation in the SPL 2020 season.”

Tanjong Pagar last played Singapore’s top football league in 2015, but had to sit out after that due to financial difficulties. 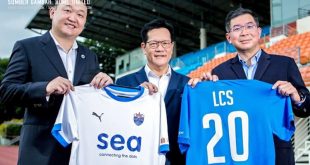