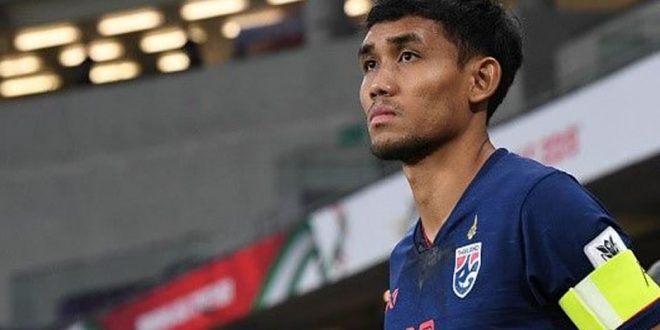 THAILAND: SCG Muangthong United today announed that they have confirmed an agreement which will allow legendary striker Teerasil Dangda to sign with J-League team Shimizu S-Pulse.

The move will see Teerasil play for Shimizu S-Pulse for the coming 2020 season.

The 31-year-old Teerasil spent the 2018 season with Sanfrecce Hiroshima on loan from Thai club Muangthong United, where he returned in 2019.

Teerasil has previously had stints with Premier League giants Manchester City in 2007-08, Switzerland’s Grasshopper Zurich in 2008 and Spanish outfit UD Almeria in 2014-15.

Shimizu S-Pulse on the other hand is one of J.League’s most successful clubs known.